I was sitting here thinking about all the random things about France that I haven't yet mentioned here.  Things that I'm a little worried about in terms of re-adjusting to American life.  Things that I've gotten used to that I might need to warn Sarah and Meghan about before they get here (TWO DAYS!!!!).  So, here is my final list of random ramblings about my frenchified life:

The French have a very different understanding of personal space in public places.  Whether the sidewalk is crowded or not, old ladies will check you like an Alabama State line-backer if you're in their way.  At first I wondered if there were reinforced shoulder pads on their old-fashioned dresses, but that was before I realized that these public displays of disorderliness were a cultural norm enjoyed by all ages.  Pushing a stranger aside, bustling their bags, or even just full-on running into a total stranger for no apparent reason are not really considered rude here.  It's normal.   Happens all the time.  I'm still writing this a little in disbelief of some of the things I've seen.  Just like, someone totally pushing people to cut in line or just simple to get where they want to go (regardless of age, gender, size, all that just goes out the window)...  This is especially crazy here in France because otherwise people are SOOOOO polite.  Good morning, good afternoon, yes ma'am, yes sir, yes please, no thank you...  I mean, if you need some bread you better say 'yes please ma'am thank you have a nice day', but if there is a human being in your way go ahead and hustle and bustle the hell out of them.  You'll fit right in!

In addition to still having panty hoes commercials here they also show commercials for commercials.  Every station (at least on public access anyway) has commercials warning you that five to ten minutes of commercials are about to begin or end.  Commercial breaks only happen once (maybe twice) during an hour-long show.  The commercials themselves also happen to be a lot less annoying.  I can't really explain why.  They're funny - or at least clever in some way - and normally play off of the different quirky things about France or other European countries.  In the most extreme cases, this manifests as me watching commercials and then changing the channel or just turning the TV off completely when the show comes back on.  Ha!

This is more just an oddity that I find interesting.  The deodorant aisle at the supermarket here looks like the air freshener aisle in the States.  Indeed.  That means that for the last nine months I've been assaulting my underarms every morning with blinding whirlwinds of spray antiperspirant...  It definitely still feels like I'm febreezing my armpits...  and I still stink.  Haha...  So, yeah.
Posted by Amy Moor at 6:11 AM No comments:

This time of year bees, butterflies, (chocking hazards on the bike - haha!) and beetles are buzzing around everywhere to announce the arrival of Spring.  These two cities (Tours and Saint-Cyr-sur-Loire) are in full bloom right now.  This photo essay represents the best I could do at capturing this seasonal beauty.  The pictures come from my backyard, the flower market, and random walks and rides around town.  Highlights include poppies growing out of stony roadside walls, a sunset behind the gym, and a twenty foot guard dog.  Haha - Enjoy! 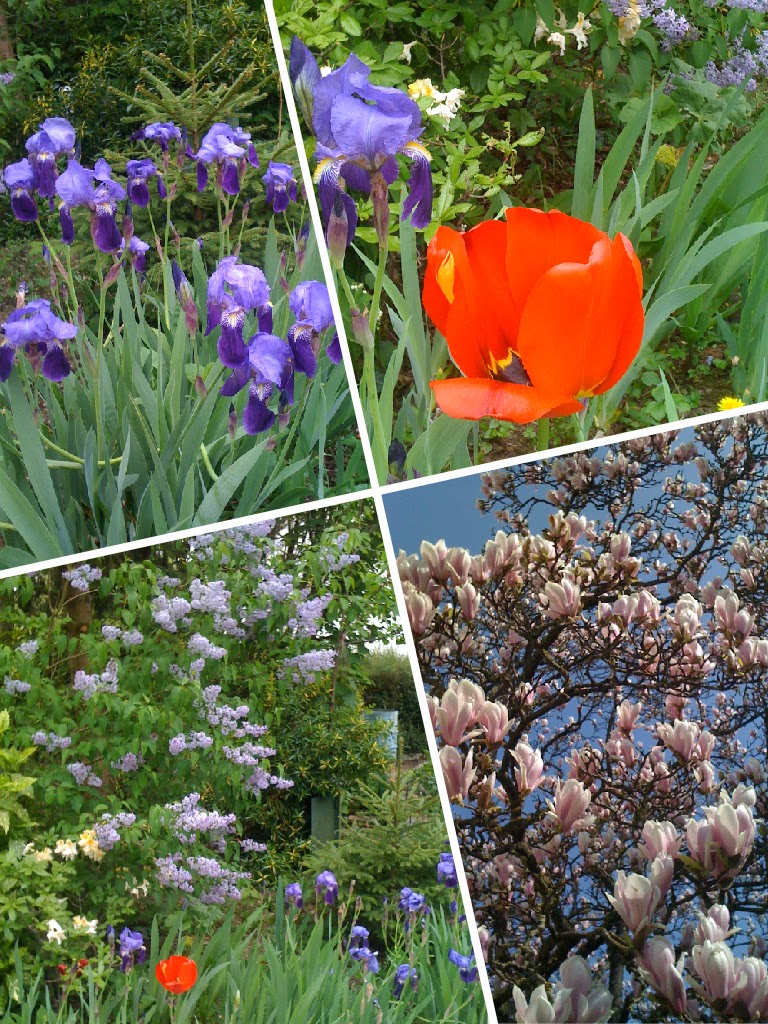 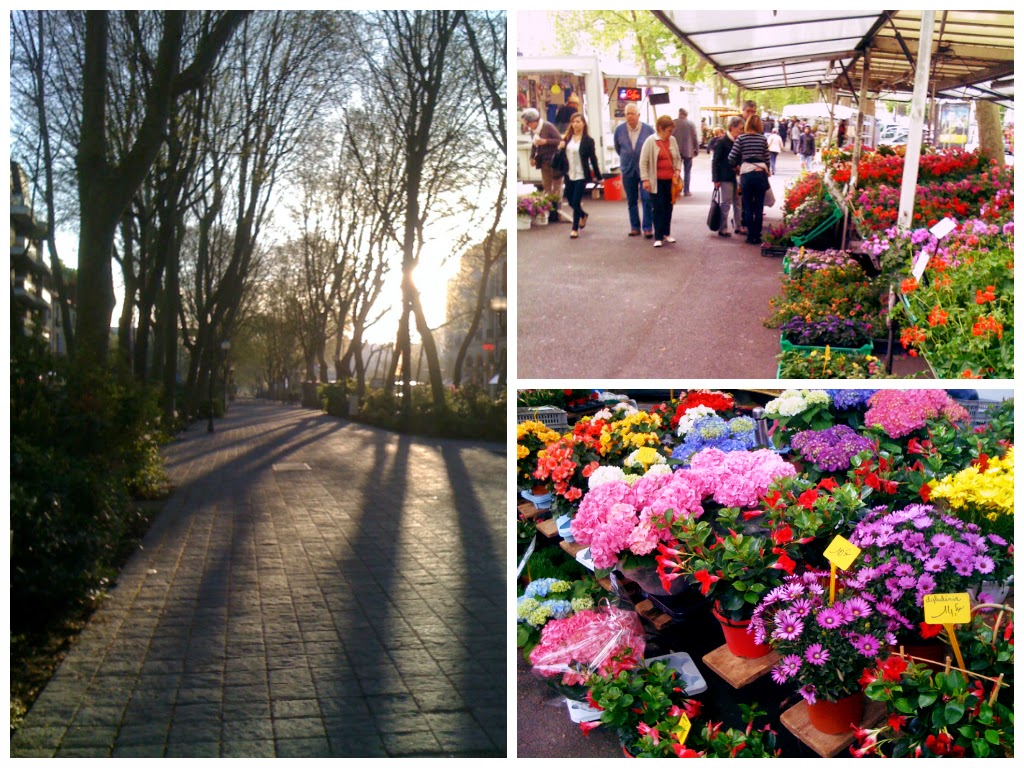 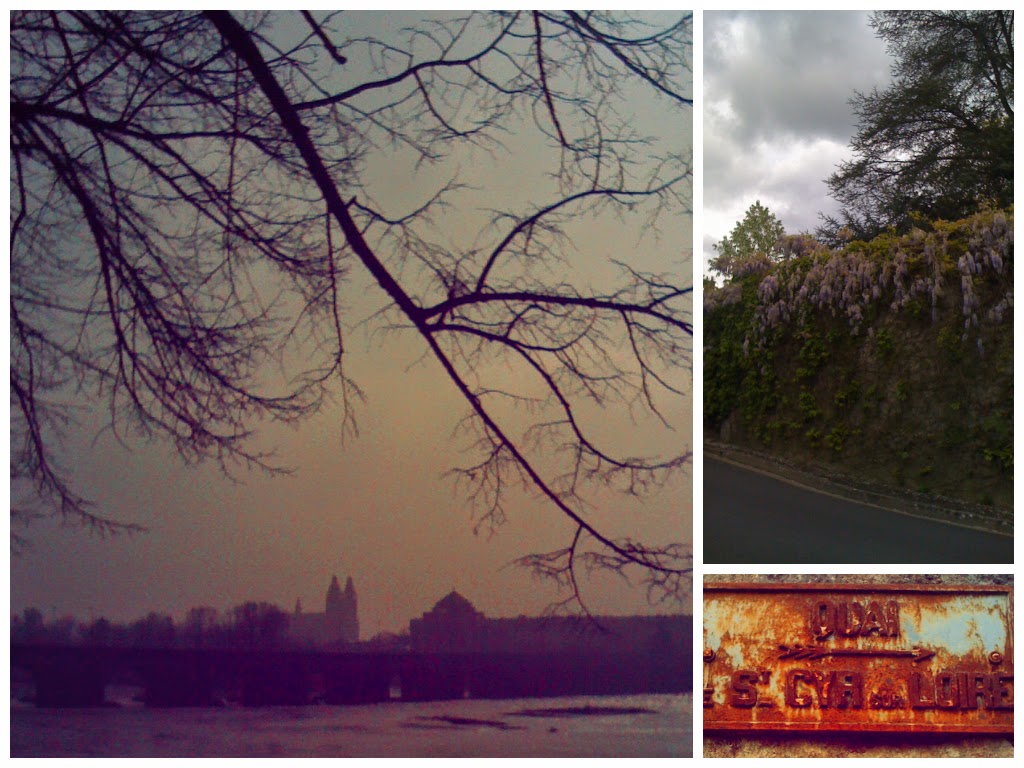 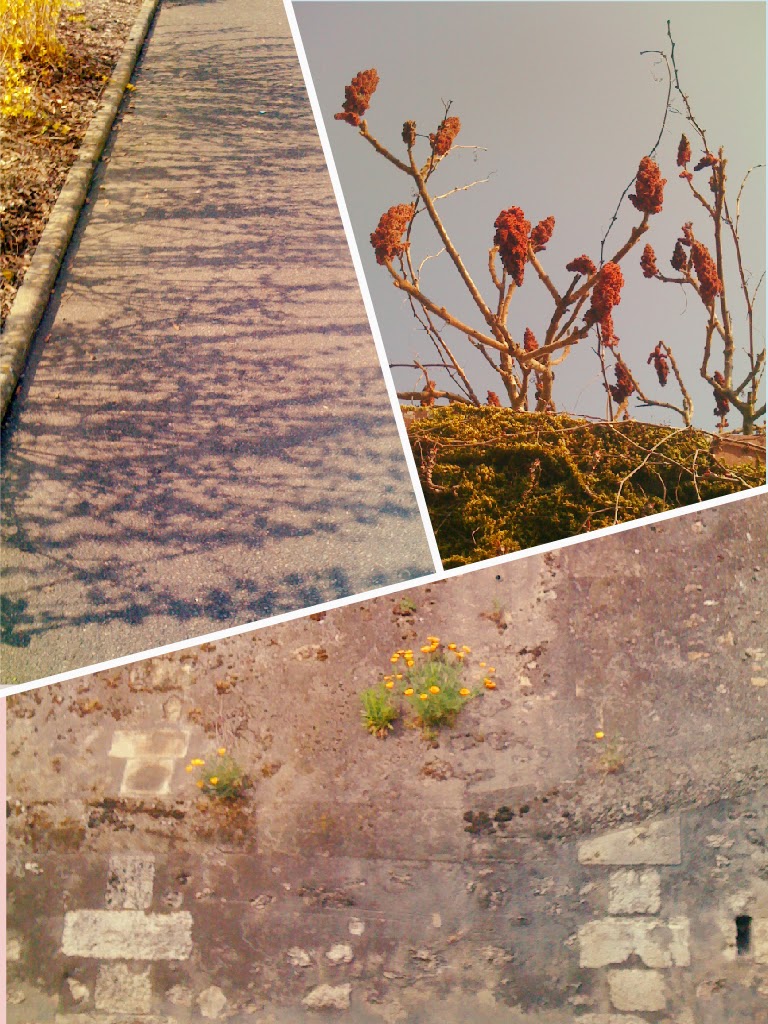 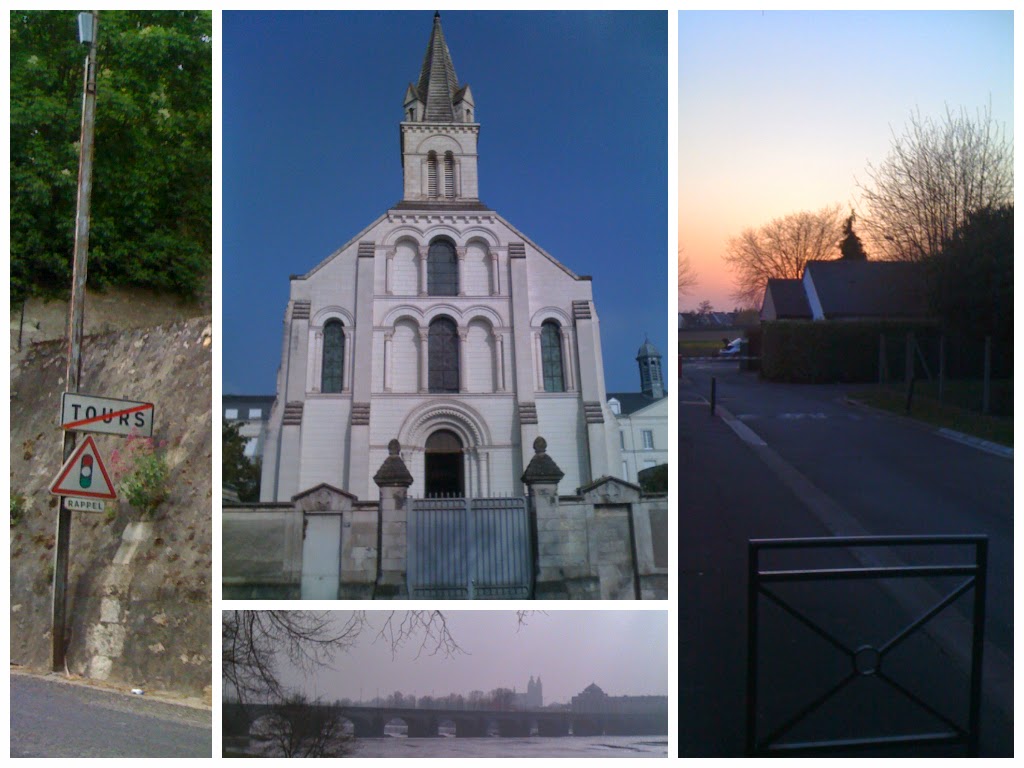 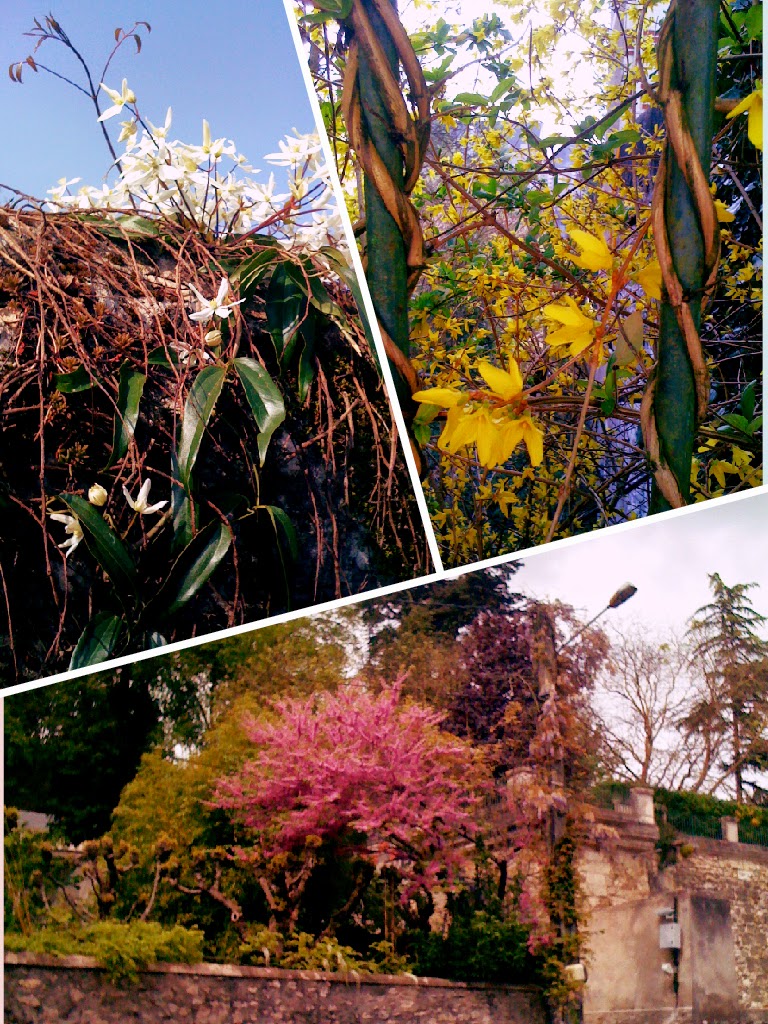 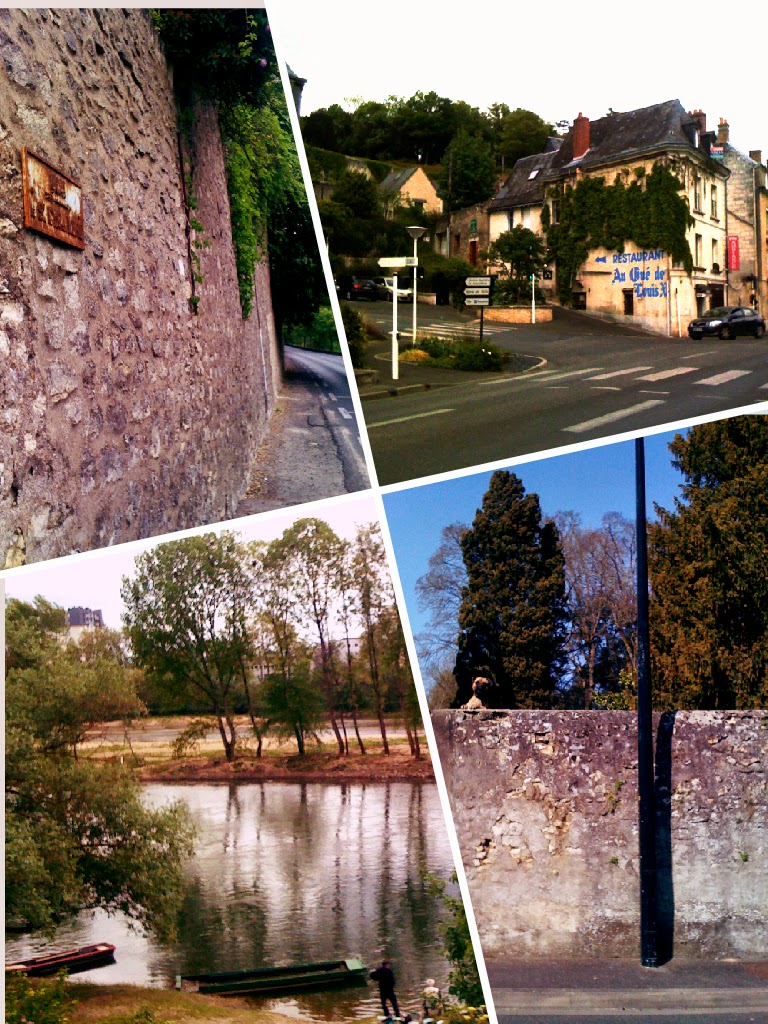 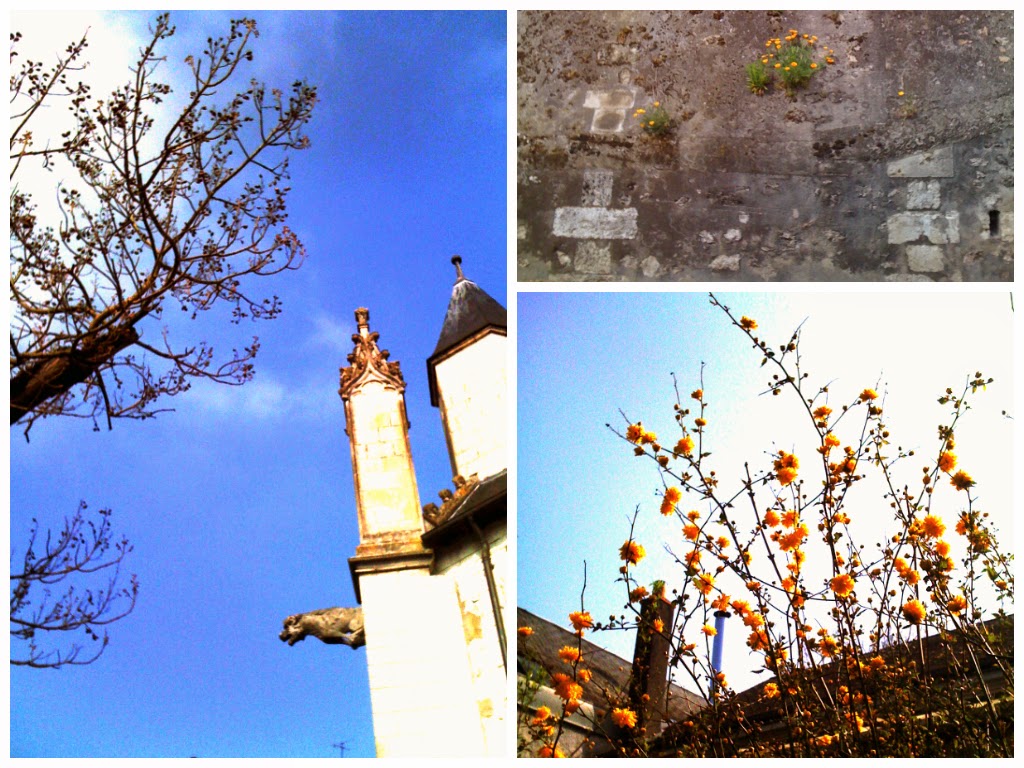 This game was also very rewarding for me personally because I was finally picking up defensive balls that (before this season) used to fall inches away from my fingertips (and then torment me for a week!).  Maguy has been working hard with me in practice to rewire my digging and diving (sometimes I would dive too soon, sometimes too late, and sometimes not at all - and almost always with the wrong arm).  I know, I know - my poor coach, right?!?!  Anyway, she somehow managed to connect a few circuits that enabled me to shine on defense tonight.  Though this match wasn't my best, it was very cool to see marked improvement in my ability to dig.  It felt so great to be on the floor scrapping together a play with my team.  And, of course, it was totally worth it for the WIN!  Yay.
Posted by Amy Moor at 9:00 PM No comments:

Amy Moor
I am a passionate athlete who blogs to achieve clarity within and community without.